AOC, a global-leader in display technology, has once again partnered with a powerhouse in the global entertainment industry – Twentieth Century Fox Film. AOC has become the official monitor partner of Alita: Battle Angel, an epic adventure from the producers of Titanic and Avatar. The partnership will involve various cross-promotional activities including regional social media contests, and a simple web-based game.

AOC and AOC Gaming have always been dedicated to the pursuit of the next level of visual and gaming experiences, respectively, enhanced by innovative technologies. By partnering with Twentieth Century Fox Film since 2013, AOC has engaged viewers in new cinematic adventures through supporting and promoting films like X-Men First Class and The Martian. Combat scenes and the theme of realizing one’s own potential are prominent in Alita: Battle Angel, which aligns perfectly with AOC Gaming’s vision to help gamers always stay at the top of their game through competition and constant self-optimization. 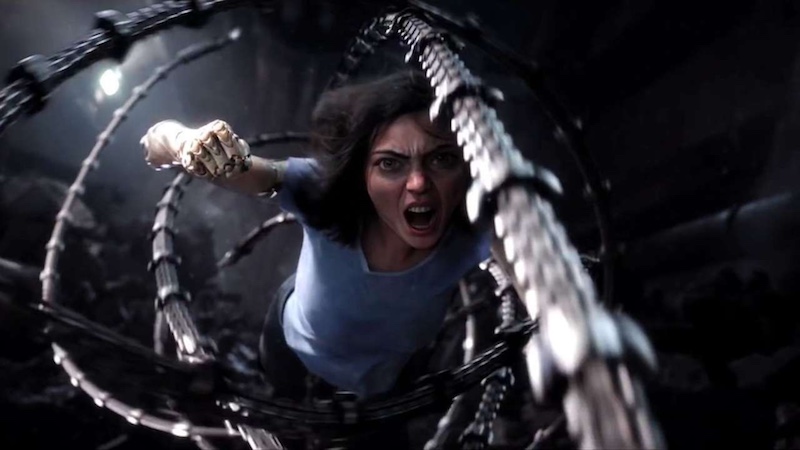 From visionary filmmakers James Cameron (Avatar) and Robert Rodriguez (Sin City), comes Alita: Battle Angel, an epic adventure of hope and empowerment. When Alita (Rosa Salazar) awakens with no memory of who she is in a future world she does not recognize, she is taken in by Ido (Christoph Waltz), a compassionate doctor who realizes that somewhere in this abandoned cyborg shell is the heart and soul of a young woman with an extraordinary past.

As Alita learns to navigate her new life and the treacherous streets of Iron City, Ido tries to shield her from her mysterious history while her street-smart new friend Hugo (Keean Johnson) offers instead to help trigger her memories. But it is only when the deadly and corrupt forces that run the city come after Alita that she discovers a clue to her past – she has unique fighting abilities that those in power will stop at nothing to control. If she can stay out of their grasp, she could be the key to saving her friends, her family and the world she’s grown to love.

Thematically, the movie is a perfect fit for AOC Agon: AOC’s line of premium gaming monitors designed for the highest level of gaming competition. As a cyborg with elite battle abilities, both Alita and Agon displays represent how technological excellence can bring combat potential to new heights.

AOC has recently launched a new gaming monitor in the Philippines: the G1 series, which will bring PC gaming in to a heightened competitive combat visual experience.

Mr. Kan Yeung, General Manager of AOC Philippines said: “It’s an honor for us to continue our long-standing partnership with Twentieth Century Fox. We hope to continue bringing immersive visual experiences and interactive social media campaigns to bring more fun to fans worldwide. The movie, Alita: Battle Angel, perfectly embodies our spirit for both discovery and the use of technology to elevate performance in competitive settings – nowhere is this clearer than AOC Agon, our line of premium gaming monitors, which is now regularly used in e-sports competition.”

Gamers can now gear up with AOC’s gaming bundle promos where they can avail swags like the AGON Gamer’s jacket, AOC wireless keyboard and mouse combo, AGON cap, and SM Cinema Tickets. You can refer to the promo flyer below for more information.

Sold in over 107 countries, AOC is a market leader in electronic displays and is positioned to be one of the top global brands in providing the best display technology to users worldwide. With nearly 50 years of experience in market analysis and consumer feedback, AOC is dedicated to designing products that address rising technological trends, as well as the diverse and changing needs of different consumers. Our commitment is emphasized through AOC’s slogan: ‘Vision at Heart.’ – at AOC, we’ve kept the hearts of our users in our vision, and we’ve kept their vision in our heart. Find out more about AOC at: www.aocmonitorap.com.

AOC Gaming pays tribute to the spirit of contest and competition with AOC Agon Gaming Monitors. Agon displays are designed with the pros for pro-level play. Whether you’re an eSports professional or an aspiring home gamer, Agon’s performance-driven specifications and convenient features will eliminate any obstacle encountered on the path to glory.

To find out more, visit the AOC website: www.aocmonitorap.com

For constant updates and promotions, follow AOC on their official social media pages:

GTNA Recreational and Events Center: An Avenue for Hands-On Learning